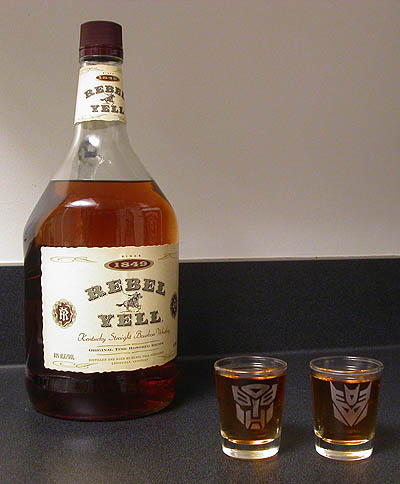 AN OPEN LETTER TO PALESTINIAN YOUTH.

Stop blowing yourselves up. Stop encouraging your peers to blow themselves up. If a friend of yours has a plan to blow him or herself up, take them aside and say, “My dear friend, do not blow yourself up.” If your elders encourage you to blow yourself up, give them the finger and tell them to blow it out their asses, but not literally.

See, all the blowing up of people is taking a bad problem and making it much, much worse. You’re struggling. You have a plight, it’s true. You want to make your message heard. Having your message heard, however, is not all there is to getting a problem solved. You also need some sympathy from other peoples. It’s getting more and more difficult to have sympathy for a group that likes to blow itself up. Frankly, you are ruining it for the rest of your people, those who simply wish to live their lives unfettered by the yoke of war. What you are doing breeds fear in the Israelis, and the Israelis’ fear directly results in antagonism of your people. Are you TRYING to get your own people killed? I mean, besides yourself, of course?

The next time you feel tempted to take yourself out and take as many people as possible with you, give it a good think. What awaits you on the other side? You really don’t know. Think about the men, women, boys, and girls who might be injured or killed in such an attack. Put yourself in their shoes. There, now. Aren’t you being a dickhead?

Gandhi and Martin Luther King showed us the way. Passive resistance. Sing spirituals. Let the newscameras come and record the Israelis beating the hell out of you, but don’t fight back. It may seem stupid, but YOU’RE the ones who have been BLOWING YOURSELVES UP, after all.

One more thing to consider: boobies. When in doubt, defer to the boobies, and they will guide for us the way.

That’s it. I am going to settle this church and state debate once and for all.

Apparently, some legislators over in Arizona, in a surge of national pride, introduced a bill which would encourage every Arizona school to display the phrase “In God We Trust” in every conceivable location which a child’s wandering line of sight might find. But I am paraphrasing. From the bill itself:

THE WORDS “IN GOD WE TRUST” SHALL BE DISPLAYED IN EACH CLASSROOM, SCHOOL AUDITORIUM AND SCHOOL CAFETERIA ON AN APPROPRIATELY FRAMED BACKGROUND WITH MINIMUM DIMENSIONS OF AT LEAST ELEVEN INCHES BY FOURTEEN INCHES.

The legislators appear to want to use this phrase to inspire patriotism in the heart of every child, and, by extension, unite us all in our war against the browner peoples of the earth. Why this particular phrase, I have to wonder? Why is it patriotic? Because it shows up on coins? Because it’s buried somewhere in the national anthem, in the fourth verse, which nobody ever knows the words to?

The surface argument against displaying the phrase all over God’s creation is that it is insensitive to assume that everyone trusts in God, and this argument should be compelling enough on its own to make the legislators think twice about what they are trying to do. Even a person who believes in the existence of God might not necessarily trust in God, or may only to the extent that they are confident that he will fuck them over.

But these legislators are trying to link the phrase to patriotism, to American history.

And in the context of America? “We have faith that God will come and take care of our shit, while simultaneously making it difficult or impossible for the people we don’t like or don’t care about to accomplish their shit.” If that’s too harsh, then perhaps: “We are confident that the master of all existence is going to guide America with a shining light into a glorious future, one in which America is economically and technologically superior to all other nations, and preferably without abortion clinics.” Well, there I go again. But needless to say, I think that the feeling this phrase generates (and the motivation to use it) is not patriotism at all, but arrogance, selfishness, and isolationism. But I suppose that these are the characteristics by which patriotism is defined, which is an unfortunate reality.

Let’s leave God alone. He’s got enough to worry about, with dozens upon dozens of nations and religious factions all over the world claiming him for their team. And since he is God, he can be on everybody’s side; but what would the point of that be? So I’m guessing he doesn’t bother. Besides, everyone knows that God’s primary interests nowadays lie in nanofabrication. (It says so right there in the Bible. The new one. The one that came out in January. Don’t you have a subscription?)

I honestly don’t mean to offend anyone who lives by the phrase. But to trust in God is a personal choice – as is *not* to trust in God – and to install the phrase on classroom walls smacks of propagandism, of a governing body that wants its youth to grow up loving a country without ever understanding the reasons for loving it.

Besides, the project would likely be counterproductive anyway. When I served on jury duty a couple weeks back, one of the first things I noticed about the courtroom were the words “In God We Trust” displayed in large letters on the wall. If there’s as much slow time at school as there was in that jury box, the students are going to do what I did and start rearranging the letters in their minds to spell out funny new phrases such as TONGUED WRIST, UNSORTED WIG, UNDERGO TWIST, URGED TIT SNOW, WINGED TROUT, and of course, TOWERING STUD.

In fact, that would probably make a better (at least, more honest) classroom wall motto.

This message is for Jesus Christ. Well, not just for Jesus but for the whole Trinity – the Father, the Son, and the Friendly Ghost.

Today, I looked at a website which brought into focus the ridiculous things humankind attempts to do in your service. That website is “The Truth for Youth”. As I read these Jack Chick-like comics designed by probably perfectly nice people to help influence teenagers to adopt “Christian values”, I experienced many feelings. Anger, astonishment, bemusement, intense burning dislike. Because I was having such strong negative feelings about a work which purported to espouse the philosophy for the best way to live one’s life, I paused to consider the possibility that I would be going to go straight to hell, or at the very least be Left Behind?. Then I asked myself, “Self? W.W.J.D.?”

Well, you sure wouldn’t put a shiny plastic fish on the back of your car, that’s for damn sure. Or would you? Well, to each his own. But you have inspired me to notice that these prescriptive Christian brainwashing materials rely far too heavily on the Bible as evidence. They seem to forget that the Bible was written by humans. And while the text may have been divinely inspired, humans are imperfect beings. Even though you have only walked as man just the once – as far as I can tell from what is in the public record – certainly you must know what I am talking about. Humans have biases, almost always, whether they know it or not. This is true for the scriveners and for the translators and everyone else around and between. If your words are in there, we cannot say for certain what they are, where they are, or if they are in the proper context. And yet, these recruitment packages place no thought at all to the matter that their version of the Bible may have been tampered with at some point in the past, which strikes me as naive, or, more insidiously, willfully manipulative. And “manipulative” is the perfect word for these cornball religious tracts. I truly fear for tomorrow if our children grow up reading this trash. (There, now I sound like one of them!)

Thanks for your time. Ten-four, good buddy!