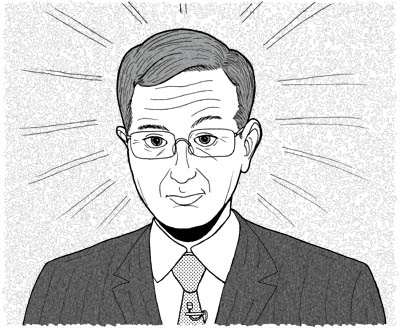 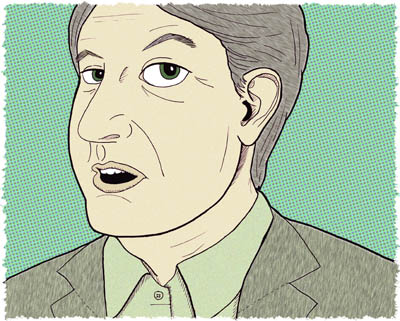 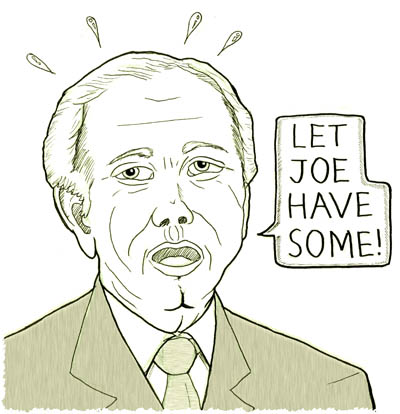 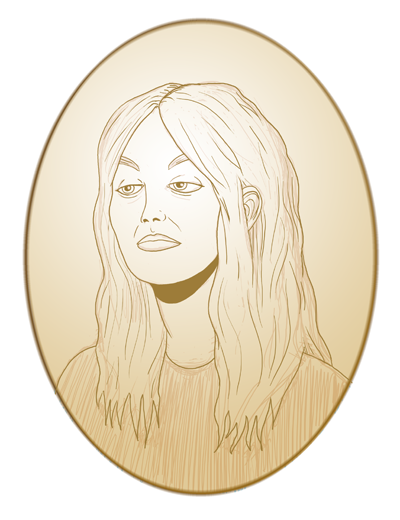 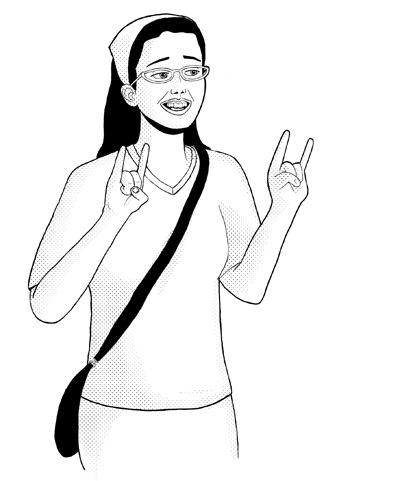 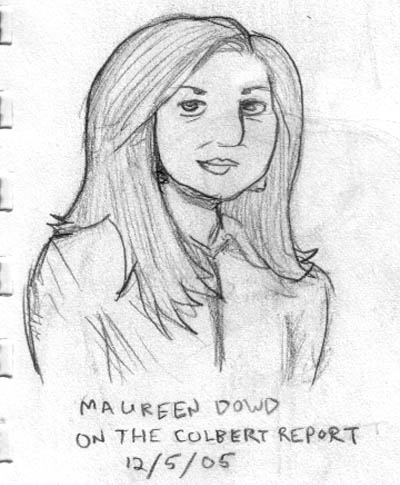 Some months ago I was entertaining myself during a dull class by attempting to draw East Asian faces. (For the purpose of simplicity here I am treating the different East Asian ethnicities as if they all look the same.) Here are the results of that experiment:

It was pretty hard to do. Granted, I was working without a visual reference, and it’s not like I filled page after page with non-Asian-looking faces and wondered what the heck I was doing wrong. It was just a doodle during class. But it got me thinking about how cultures define “self” and “other” via iconography.

In Understanding Comics, Scott McCloud theorizes that cartoonishly-drawn characters inherently connect more to readers than realistically-drawn ones, because we tend to see others in detail more often than we see ourselves. He depicts a man and a woman facing each other, having a conversation, and he shows us what’s in their minds. When the woman listens to the man, she has a keen awareness of the details of his face – often enough to pick up on subtle, nonverbal cues. She sees a more complete or “realistic” picture of him.

Meanwhile, though, she maintains an awareness of herself; but because she cannot see herself, she has little more than a vague consciousness that her face is reacting to the conversation. This consciousness isn’t any more detailed than, say, a circle with two dots and a line in it. It’s basically a cartoon. It’s iconic abstraction. We see others as concrete; we see ourselves as abstract. And so you should relate more to Sgt. Snorkel than you do to Sgt. Rock.

Well, that may not be what he’s arguing at all, but that’s what I took away from it.

So I guess what I’m saying is that I could draw a face the way that I usually draw them and see a white guy. A Chinese kid could draw the same face and see a Chinese guy. A Latino kid could draw the same face and see a Latino guy. And so on. Only after we make modifications to our iconography does it begin to represent “the other”. That, and the line between what resembles and what caricatures, is what makes drawing different flavors of people so difficult. For a relative beginner like me, at least. I must overcome my cultural biases if I am to achieve diversity in my art!

That said, after some more practice, I recently drew a face with a strong East Asian look. Although maybe it just seems that way because of the crude manga-like speed lines I threw into the background: